In 2004, The Mid-Majority was born as one of the first-ever "sports blogs". Its first mission was to attend 100 mid-major college basketball games during the 2004-05 NCAA season and write about every single one. This mission was successfully completed.

The 100 Games Project touched off a low-sum bidding war for TMM's services. For the next four years, its founder covered college basketball for ESPN.com, as one of the first-ever "sports bloggers" to write for a high-major sports media website. Despite nearly breaking Bill Simmons' SportsNation marathon chat record several times, this era ended badly. TMM's founder was fired, on the day of Barack Obama's inauguration, for publishing an essay that criticized ESPN's decision to slash minor sports coverage to cover a balloon rights payment to televise Monday Night Football.

Over the course of ten years, The Mid-Majority and its loyal, dedicated staff—the human founder, a talking basketball mascot and a Robot—gained a cult audience of thousands. TMM was well-beloved for its hard-traveling college basketball coverage, Casual Analytics™, in-depth interviews, temporary employment, a dense thicket of in-jokes, internet comic strips, Hobbesian philosophy, transreality gaming, and an army of writers.

TMM spawned four books and sustained itself by way of a groundbreaking early version of "crowdfunding" that involved sending stuffed basketballs through the mail. The Mid-Majority was more than a web brand, it was a comprehensive lifestyle to subscribe to. It influenced a generational half-life of "sports bloggers" and inspired faithful imitators.

Each of TMM's ten seasons began on November 1 with a web server crash, and ended with a long and thoughtful Epilogue once the final men's mid-major team was eliminated from the NCAA Tournament. In 2014, at the conclusion of its tenth season, or "Season X", TMM was completely deleted off the internet. Some people were sad. Some people were red, mad and nude online about it.

In 2019, TMM's archives were returned to the internet. In 2020, TMM began posting new content on a Substack newsletter, and launched two exciting brand new gaming experiences: Pickball and UP!set. The new TMM is not shackled and limited to men's Division I college basketball anymore; it includes Casual Analytics™ ratings for women's D-I and international teams. And it's still successfully crowdfunded, thanks to its loyal readers. 💚

The Mid-Majority continues to exist and evolve, whether you like it or not. 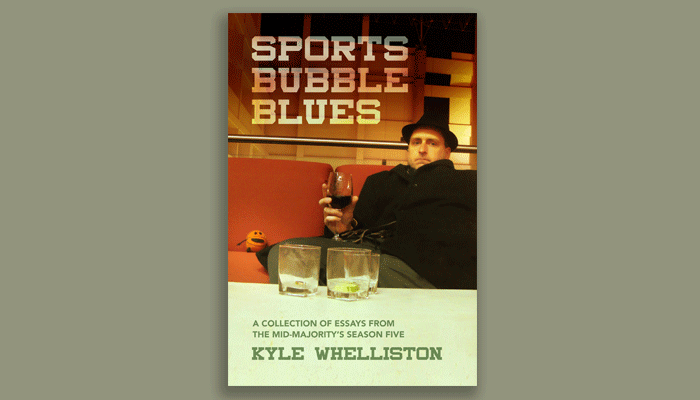 First published in 2009, it's a collection of essays from The Mid-Majority's Season 5. Now you can read this incredibly rare collection for free on your telephone.